Parks are vital to our mental and physical well-being, creating thriving and safe communities, and building social connections. Join Bill Anderson, San Diego Parks Foundation Board of Director and former Director of Planning with the City of San Diego, for a community conversation with New York City Parks Commissioner Mitchell Silver FAICP, as they examine the ways that thoughtful park design can create a more equitable park system with the power to transform communities.

As New York City Parks Commissioner, Commissioner Silver oversees the management, planning and operations of nearly 30,000 acres of parkland. He is known for the innovative projects he has worked on, including the Community Parks Equity Initiative, Parks without Borders, Cool Pools and Creative Courts. Prior to returning to his hometown of New York City, he served as the chief planning & development officer and planning director for Raleigh, North Carolina. He was also president of the American Planning Association from 2011 to 2013, the first African American to hold the title. One of the nation’s most celebrated urban thinkers, Commissioner Mitchell J. Silver was elected to Planetizen’s list of 100 Most Influential Urbanists in 2017, and the Urban Times named him one of the top international thought leaders of the built environment in 2012.

This is a free educational event sponsored by the San Diego Parks Foundation, and made possible by a generous contribution of the Schmidt Design Group. 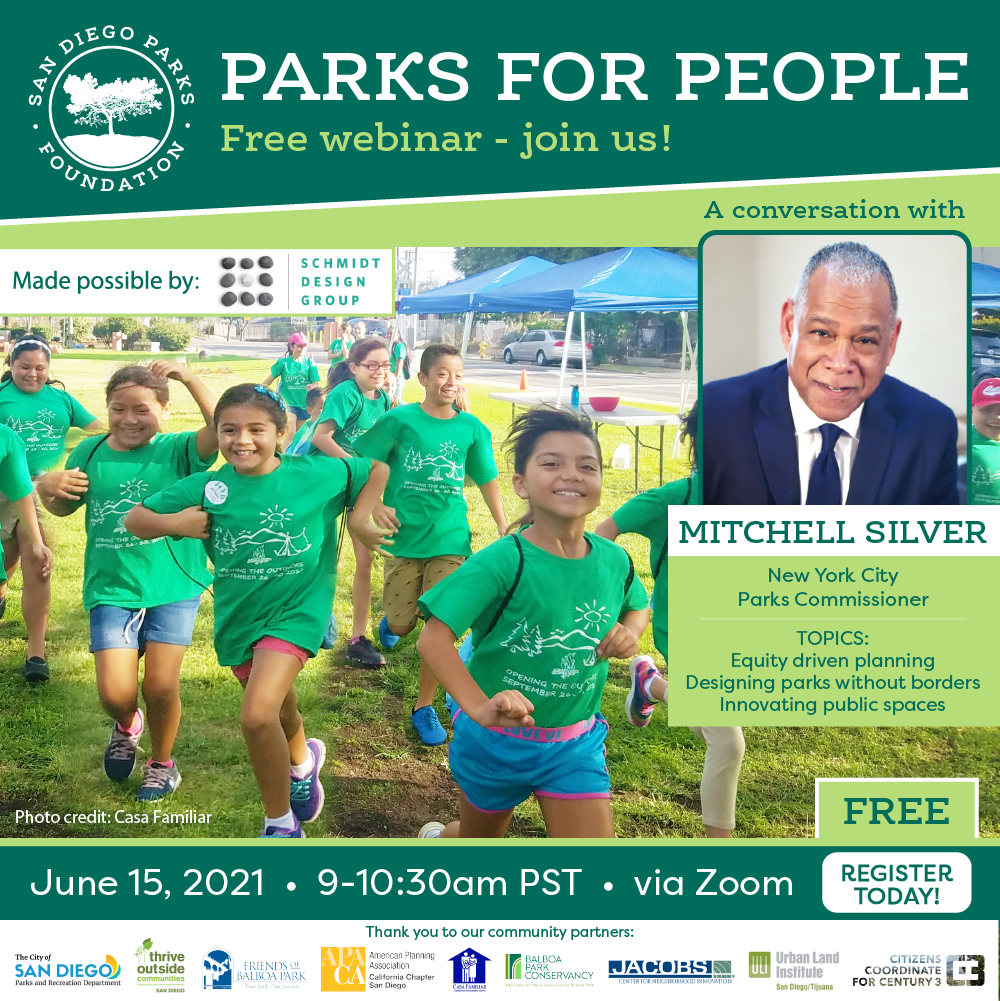 Other events to explore